The Real Meanings Behind Crested Gecko Sounds and Noises 2023 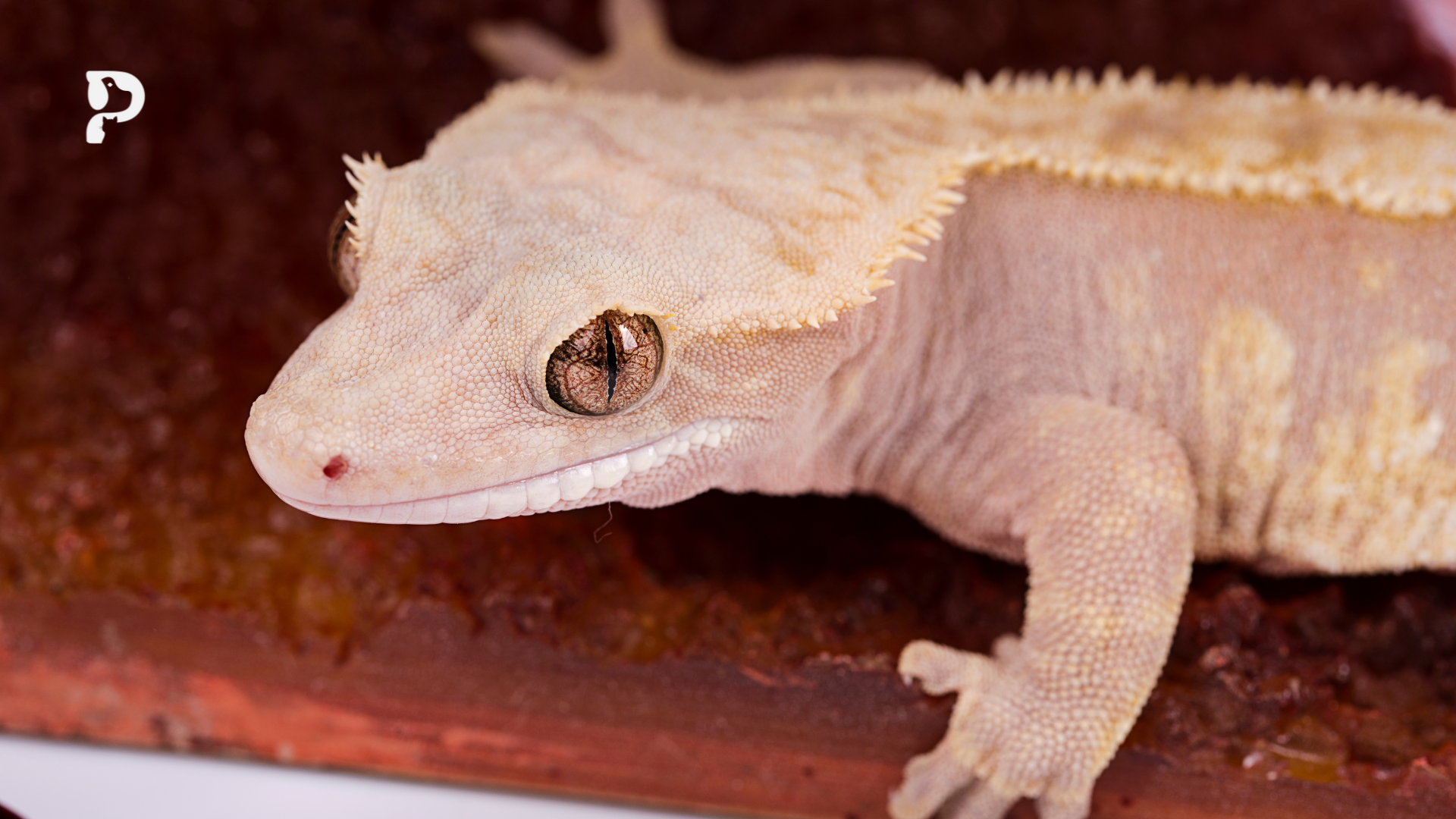 Crested geckos, which are essentially small lizards found in warmer climate areas all over the world, are known to be one of the most popular pets.

They are widely known for two major reasons: first is their ability to cling to walls and ceilings very firmly, and the second interesting reason is their wide range of vocalization.

Even though a crested gecko cannot be called the most talkative of the species, it is still a fairly vocal creature.

Geckos also happen to get their name from the imitative sound that they usually make – “gecko”.

What may seem like random gecko noises aren’t that random after all. Geckos make various sounds, and these different sounds have different purposes.

What are these different noises? And what are their different purposes? We learn all about crested gecko noises and the meaning behind them as we navigate through this article.

What Do Crested Gecko Noises Mean?

If you’re like most pet breeders or owners of a crested gecko, you too must have reported audible noises from your gecko, especially at night. These noises could range from squeaking, screaming, and chirping, to even barking or clicking.

These different noises are the means used by geckos to make their mood evident. In some cases, these noises could also indicate some health-related or behavioral issues.

It thus becomes pertinent for the owners and breeders of crested geckos to understand what each noise could mean.

Crested geckos often tend to scream when they are either feeling scared or want to be left alone.

Considering the small stature of crested geckos, it may seem unreal for them to be able to scream very loudly.

This misconception, however, is exactly what makes screaming a good tool for geckos to use when they feel threatened.

In the wild, a crested gecko’s scream is one of its ways to protect itself from being predated. When a crested gecko screams, it tends to confuse the predator.

The predator is often either taken aback or distracted by the scream. This distraction gives the crested gecko just enough time to escape and save itself.

In captivity too, if you observe your crested gecko scream, it is an indication of some sort of stress, pain, or fear that your pet is experiencing.

Geckos are often skittish, and they don’t like being handled a lot. So, if your pet starts screaming, it is a sign that it’s trying to tell you either that it is feeling scared or threatened, or that it wants you to leave it alone.

A 1976 report on the breeding and behavior of Geckos also observed that crested geckos tend to get very vocal about their distress when they’re being handled for too long.

A crested gecko’s squeaking is like a less intense version of the scream.

While indicating mild stress, fear, or surprise may be a generic reason behind the squeaking noise created by crested geckos, this noise can be indicative of mating calls too.

This holds for female crested geckos, who tend to create squeaking noises if they want to show their interest in a male’s attention.

Even a male gecko might first squeak before approaching a female gecko for mating.

A more recent paper (2013), however, emphasizes squeaking to be indicative of distress more often than that of a mating call.

Chirping is the most common noise that crested geckos tend to make. A crested gecko’s chirping has multiple purposes:

Chirping is also a very common and nuanced noise that you may have to get used to, especially if you’re a pet breeder.

It is not uncommon for a male and a female gecko to emit chirping noises while mating. Moreover, a male gecko often chirps at a female and waits for a receptive response before approaching to mate.

The crested gecko produces this chirping sound by rubbing its hind legs’ toe pads together. This sound can be heard when they are excited or agitated.

A crested gecko’s whistling could be a call for a mate or simply a means of communication between geckos.

A lesser-known noise produced by the crested gecko is that of a whistle.

While chirping is one of the more common noises produced by geckos to signal each other regarding their presence or warn other geckos about potential threats, it is not uncommon for a crested gecko to whistle to socially interact with others of its kind.

When used as a call for mating, whistling is most commonly observed in female crested geckos in heat. They may whistle to show their acceptance of a male gecko’s mating calls.

A crested gecko’s whistling is a very mild and quiet sound. You may not even be able to hear or notice a gecko whistling if you aren’t paying very close attention to it.

A female crested gecko’s whistles are intended to only be heard by the approaching mate.

This works in such a way that the male first sends out a mating call to a nearby female. Once the male gecko has signalled its intentions, it waits for a response from the female gecko.

In case the female gecko accepts the mating call, it freezes in response and emits a low whistle. This low whistling sound indicates the male gecko that it can approach the female for mating.

A gecko’s clicking may help it to fend off predators and keep other geckos from coming into its territory.

However, this noise is not only produced to make their fear or stress evident. A crested gecko may even create a clicking sound after eating or drinking – in most cases, that is the gecko equivalent of a human smacking their lips after a refreshing drink.

A good practice for pet owners, when they observe excess clicking noises from their geckos, is to consult a vet. This is because, in some cases, crested geckos tend to create a clicking noise when they are suffering from some kind of respiratory infection.

Why Do Crested Geckos Vocalize?

Crested geckos are known for their wide range of vocalization, and good reason. The various sounds that you must have listened to as an owner or a breeder of crested geckos have various specific reasons.

Crested geckos are vocal creatures. They tend to produce noises to announce their arrival or presence to other geckos, warn each other of potential threats, or send out mating calls.

They communicate by creating various noises like chirping and squeaking.

Another important reason why pet owners and breeders should be vigilant about their geckos’ vocalization is that it could indicate pain or suffering.

Your gecko may be in pain or it may have injured itself in some way.

Or, your gecko may be experiencing some form of distress that’s causing it to feel agitated or scared. In such cases, it may vocalize to communicate with you.

It is important to observe your gecko when it produces any kind of noise. If your gecko is making noises from its mouth, there’s a chance it must be choking or having trouble breathing.

In such a scenario, the best course of action is to immediately consult the vet.

If your crested gecko is simply running around chirping and making noises, it may simply be because your gecko is happy and excited.

Observe your gecko’s body language. If there are no signs of distress and your pet seems to be relaxed and chirpy, chances are it is just having a really good time.

Why Is My Crested Gecko Clicking?

To produce a clicking sound, a crested gecko often uses its teeth. There are 3 different reasons why your crested gecko may be clicking:

Your Gecko Is Feeling Threatened

Crested geckos produce a clicking sound to fend off predators when they’re threatened or feel threatened.

Your Gecko May Have Some Respiratory Infection

If your crested gecko seems to be clicking in excess – way too much than it normally does – it is a good idea to consult your vet.

Geckos may sometimes produce a clicking noise when they are suffering from a respiratory infection.

Your Gecko May Have Enjoyed Its Meal/Drink

If your pet has no potential threat in its surroundings and no underlying health conditions, then the clicking noise may just be your gecko’s version of smacking its lips after a delicious meal or a hearty beverage.

Why Is My Crested Gecko Chirping At Night?

While it is well known that chirping is one of the most common sounds a gecko produces, it may seem peculiar to hear excessive chirping at night.

There are 2 major reasons why crested geckos may be chirping at night:

A mating call to other geckos

At night, which is when the crested geckos are most active, your pet may be sending out mating calls to a nearby potential mate.

This chirping is usually seen more commonly among male geckos, as female geckos tend to either squeak or whistle when sending out or accepting a mating call.

Warning to other male geckos

At night, your crested gecko must be sending out warnings to other male geckos to stay away from its territory.

Geckos may chirp at other geckos when they feel threatened by their presence, and it may even be a warning communication to fend off other males from its territory.

Crested geckos make a whole bunch of different noises. In the wild, these may be to fend off predators. In captivity, it may simply be out of boredom or stress.

But in most cases, crested geckos vocalize to communicate with other geckos as well as their owners.

It is important for pet owners and breeders to know why their crested geckos are making any kinds of noises.

Once you know the reason, you can take appropriate steps to keep the noises at a minimum and help the gecko feel comfortable.