4 Reasons on Are Crested Geckos Smart Pets in 2022 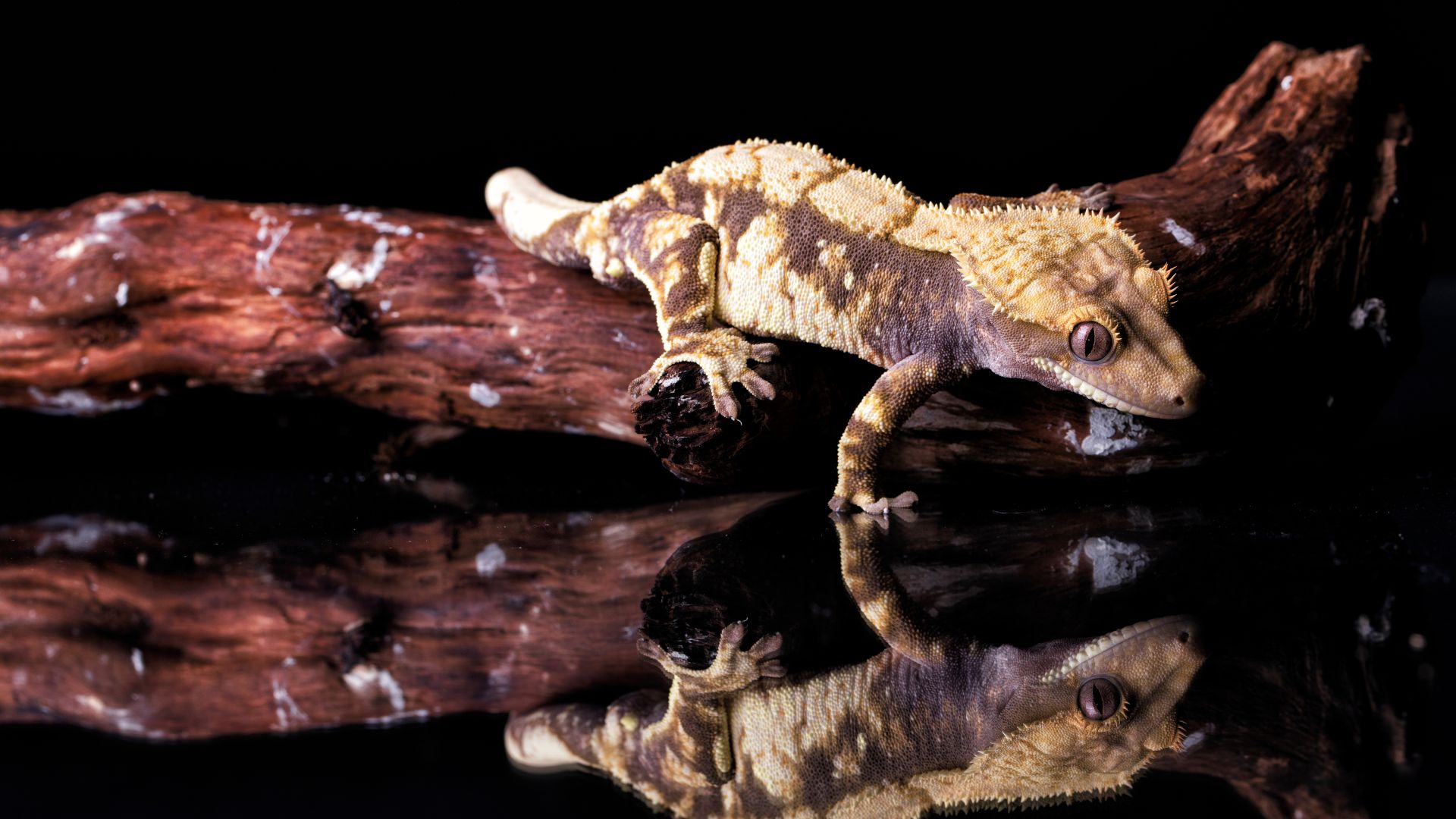 Contents show
1 4 Reasons Why Crested Geckos May Be Smart
1.1 Reason 1 – Abilities of Danger Avoidance and Self Preservation
1.2 Reason 2 – Reproductive Intelligence of Female Crested Geckos
1.2.1 Rejecting a mate.
1.2.2 Storing sperm for over a year.
1.2.3 Cryptic Female Choice.
1.3 Reason 3 – Spatial Cognition
1.4 Reason 4 – Communication Skills
2 Can Crested Geckos Recognize Their Owners?
3 Do Crested Geckos Have A Memory?
4 Are Geckos Intelligent?
5 Can Crested Geckos Learn Tricks?
6 How To Cater To Your Intelligent Crested Gecko
7 Summary
7.1 Related posts:

Looking at a crested gecko, it may be a little hard to conceive that it could be an animal with high intelligence.

And although there has not been much experimentation or study done in this arena, recent studies have been disproving the previous claims that a crested gecko is incapable of higher cognitive abilities.

It is now being claimed that both species – the crested gecko and the leopard gecko – popular among enthusiasts and pet owners who prefer reptiles, have shown the capacity to develop higher cognitive abilities that allow them to escape predators and have a better chance of survival in the wild.

4 Reasons Why Crested Geckos May Be Smart

Now, here’s the thing – we human beings get a little cocky when we talk about terms like intelligence and cognitive abilities.

We instantly start using our levels of cognition and our forms of intelligence as the golden standard.

But that is not how nature works. In the wild, intelligence and cognitive abilities go beyond the humanly defined tests and parameters.

Keeping this in mind, here are 4 reasons that could be a piece of substantial evidence in proving that crested geckos are indeed smart and intelligent animals:

Reason 1 – Abilities of Danger Avoidance and Self Preservation

Let us tackle this one by one.

While that is true, a crested gecko goes a step further and knows full well that to truly be safe and invisible from its predators in the wild, it will have to hide its tracks too!

One such example of danger avoidance is the tendency of a crested gecko to consume its shed skin.

Not only does the shed skin have a small amount of the required nutrients, but also, a crested gecko knows that leaving any shed skin behind will hint to the predators about its position.

Now, let us look at behaviors of self-preservation.

A crested gecko knows and prioritizes the preservation of self over everything else. As humans, we may think that the only thing that can lure any animal out of hiding is food.

But crested geckos are smarter than to give in to a momentary want of food.

In fact, during winters, when food is in short supply and it is easier for them to get predated than to prey upon, crested geckos tend to undertake to fast and slow down their metabolism. This allows them to survive the harsh winters in hiding.

Female crested geckos show 3 amusing and intelligent behaviors when it comes to mating and reproduction:

She is selective about the “father” whose genetics will provide a strong survival chance for her babies.

Storing sperm for over a year.

Now, this is one of the most surprisingly smart abilities that a female crested gecko has. She can store the sperm `inside her for more than a year.

This way, she can choose to lay her eggs when she feels the safest and when she thinks the time is right.

If the point of sperm retention hasn’t convinced you yet, this last one just might.

In this way, she simply lays infertile eggs, which she can later ingest to reabsorb the nutrients and ensure that she does not become malnourished due to reproducing malformed eggs.

That is indeed true. A baby crested gecko may be better at navigating through a maze because of their heightened inquisitiveness and alertness toward the surroundings.

A crested gecko, despite being infamous for being a solitary creature, actually can communicate with other geckos vocally, physically, and chemically. Crested geckos have a range of vocalizations – chirping, barking, squeaking, etc. – and quite often, each of these vocalizations is used for expressing a different set of emotions.

Moreover, crested geckos communicate about their territory and mating urges through pheromones as well!

Can Crested Geckos Recognize Their Owners?

A crested gecko can remember and recognize its owner – but not exactly in the way you would imagine.

A crested gecko cannot recall or remember you by your face or any other visual cues.

But, over time, your pet crested gecko will get used to your scent and your voice – and that is how, bit by bit, your pet will acclimate to your presence by associating you with positive experiences, mostly related to food.

So, while the bad news is that there is no scientific literature that can prove whether your crested gecko can visually recognize you or not, the good news is that your pet has other sensory ways to recognize you and differentiate you from other human beings.

Do Crested Geckos Have A Memory?

The first thing we need to clear when we speak of a crested gecko’s memory is how we define memory.

Now, as humans, we often think of memory as the things we can recall, moments of joy and grief that we remember, and the people we love and hate. But that is not entirely how crested geckos function.

When we speak in strictly biological terms, then a human being is a mammal and a crested gecko is a reptile.

Now that we have cleared that, let us dive a little deeper into the biology of crested geckos.

In the earlier years, scientists had simply dismissed the notion that a crested gecko could undertake any complex cognitive activities.

But off late, studies have shown that the reptilian brain has a part called the medial cortex, which is similar in function to the hippocampus of the mammalian brain – the part that deals with memory.

So, it is clear that a crested gecko does have the biological capability to have memory – but the way its memory works is not through nostalgic recalling or remembrance.

It is more biological and need-based than emotional.

A crested gecko can:

As such, there has been no scientific study that dives deep into seeing and measuring the memory of crested geckos. But the observational evidence does suggest that crested geckos have memory.

Yes, crested geckos are intelligent in terms of survival and primal biological needs. However, their intelligence manifests itself differently from conventional pets like cats and dogs.

The following are 10 cognitive abilities that are enough to classify a crested gecko as intelligent:

Unlike cats and dogs, it is almost impossible to teach your crested geckos any kind of tricks. However, you can get them to do simple things like jumping from one branch to another by offering food.

How To Cater To Your Intelligent Crested Gecko

Intelligence and memory in crested geckos are different from what we see in human beings – and that’s understandable considering how crested geckos have the reptilian biology in their brain, while we have a mammalian one.

The intelligence, smartness, and memory of crested geckos, and other reptiles for that matter, are seen through their cognitive abilities – which indicate that crested geckos are smart.